Who Are The Maori?

Although the Maori are indigenous Polynesian people, they have practices and culture that separate them from the rest of the Polynesians due to their isolation.

Originating in New Zealand, the Maori people experienced their own rich culture all the way up until the 17th century when Europeans arrived in New Zealand and they adapted to a new way of life.

The Maori are people who had a fierce warrior culture and practiced pacifism with other Polynesian visitors over time.

They carved elaborate canoes and houses out of wood as well as carved jewelry out of shells and bones.

They used these canoes to travel for long times at sea: they were amazing seafarers and navigators.

Mana is one Maori word that means power or prestige and refers to a powerful gift given to someone by a God or tribal leader.

The chief is allowed to either emphasize that supernatural gift or disintegrate it into nothing.

For this reason, individuals may have their names changed over time to reflect that power be given or lost.

Another important Maori word is Utu, which refers to balance.

It is commonly associated with revenge because of its dark side because a bad deed must be punished.

However, it also means that a good dead must be rewarded.

Utu is a kind of justice system that happens in society because everyone appreciates the need for balance in their lives and with their interactions with others.

The Maori people today have a meaningful culture and undoubtedly today are a modern society highly influenced by Western culture and society.

However, they still keep up their traditional songs and traditions to an extent and are reminded of the ancestry.

What is a Maori Tattoo?

Traditionally, Maori tattoos are most often done on the head.

This is because the head was considered the most spiritual and sacred part of the human body.

Tattoos on the face were reserved for those with a high social ranking because it was considered a privileged part of the body.

For women, this was often on the chin in blue or black ink.

Another popular place for Maori to tattoo is the buttocks and legs.

The process of getting a Maori tattoo is different than that of their fellow Polynesian neighbors.

Although just like other Polynesian people they use a comb, typically made of bone, and a chisel.

The Maori tattoo tools include cerated chisels and flat-bladed chisels, both of which cut deeper into the skin than most other Polynesian tattoo instruments.

Pigment (made from tree resin, caterpillars, or soot) was then hit into the wound created by the chisel, in an extremely painful process.

Songs and chants were sand to help the person get through the pain.

Mana, as we’ve mentioned, is also an important part of the tattoo culture for the Maori.

Referring to pride, in regards to tattoos it means celebrating your culture and pride in your heritage.

The tattoo artist himself was considered a highly respected figure.

A tattoo to the Maori was a right of passage for young people and a mark of identification for all.

They described peoples’ history of their lineage on their skin, as well as their identity within their tribe.

For example, a Maori man may have received one side of his face tattooed to remember his mother’s ancestry while his father’s on the opposite side.

Around 1250-1300 CE, Polynesian visitors arrived in New Zealand by canoe and brought with them new art and culture.

However, the original settlers likely came from Taiwan around the time of 3000-1000 BCE.

This is the limited knowledge we know about their migration history, due to the fact that the Maori had no written language.

We must base a lot of their history on archaeological evidence, as well as mythological legends.

Since the Maori had no written language, tattooing was a way for them to express themselves in a permanent way.

Tattoos were used to express rank, history, social status, and their own personal individuality.

For thousands of years, the practice of Ta Moko, or the New Zealand tattoo tradition, has been expressed and still is in contemporary life on the Island.

The word Ta Moko means ‘to mark,’ and is similar to the tatau of the Samoans.

When explorer Captain Cook visited New Zealand in 1771 CE, he witnessed the art of the tattoo among the Maori people and its rhythmic tapping against the skin with bone instruments.

He also saw how tatted up these people were and was amazed by the fact that even a young girl was receiving a tattoo.

Captain Cook’s crew received tattoos during their travels through Polynesia, especially on their rears, in order to establish a rapport with the people there.

If you were not tattooed, it was considered strange and almost rude– certainly against the norm at best.

Therefore, many of his crew decided to get tattoos while traveling to New Zealand.

As a result, when Captain Cook’s crew returned to Europe, their tattoos made a statement and the knowledge of them became quite widespread.

The Maori Tattoo Designs and Their Meanings

Based often on proverbs or as tributes to ancestors or family, Maori tattoo designs are always packed with meaning and are not to be taken for granted.

These designs can be done anywhere from the face to the shoulder– even on the chin!

Let’ take a look at some of the most meaningful Maori tattoo designs:

The Koru loop is one of the more recognizable designs with large tattoos often done on the face of a Maori.

The spiral shape when mixed with the other shapes creates a beautiful tribal tattoo.

The design spirals along the contours of the body.

The spiral is based upon an ancient proverb which means looking toward the future with hope and the belief that life will go on in a positive manner.

It also signifies the hope that loved ones with be safe and prosperous with forever love toward those in your family and ancestors.

The Pikorua shows two intertwined ferns which signify the relationship between two people being visually intertwined.

This is a newer symbol that started to be used after European contact.

The pikorua doesn’t just symbolize the connection between people– it also can symbolize the joining of any two things such as the sea and the Earth.

This is connected to a Maori myth about the sky mother and the Earth mother who embraced each other and joined to create a bond between the ky and the Earth.

The manaia is a mythological creature containing the body of a bird, the tail of a fish, and the head of a human.

This creature is known to communicate between the spiritual world and the Earthly world and is considered a guardian.

The creature is often placed on the shoulder meant to guard the tattoo wearer against evil spirits.

The Hei Matau is a fishhook design based on the shell, bone, or wood fish hook made from ancient times.

This tattoo symbolizes prosperity and safe travels over water.

There is huge pride, especially for Maori women, in wearing a chin tattoo design.

It represents their dedication to their tribe and their culture.

It also represents social status, as it is highly significant to wear this kind of design on your chin.

Called a moko, this tattoo is a symbol of respecting a women’s ancestors and celebrate their identity as a Maori.

For some women, it takes decades of a decision to get a moko.

For others, it’s an instant decision that’s done at a younger age, usually in their early 20s.

Either way, it is an important right of passage into the Maori culture.

Maori tattoos are often spiral or lines that join together.

Tribal tattoos at heart, the designs produce symbols that when tattooed produce a sense of pride in Maori culture.

The traditional way of getting a Maori tattoo is with a comb and mallet, which some say is painful while others say is an easy tattoo to get.

As with every tattoo, it depends on your level of pain tolerance.

The Maori were people who traveled by water and had their own identity within the Polynesian group.

They undoubtedly have their own unique style, and especially when done on the face it is easy to pick out a Maori tattoo versus any other Polynesian tattoo. 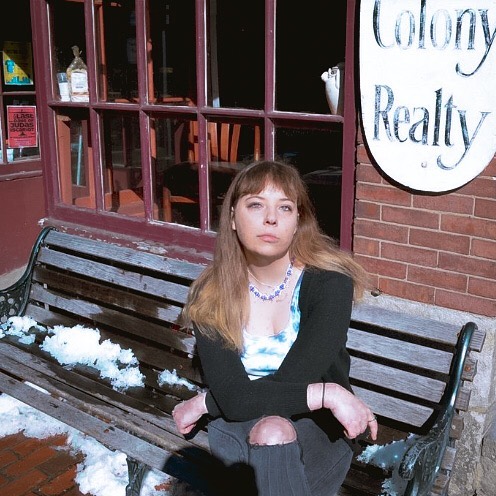